COVID-19 is becoming an increasing threat to America’s churches. Participation is falling. Finances are dropping. Ministries are coming to a halt. And, according to some studies, the growing pressures are leading many church leaders either to leave their positions or start planning to. But for most pastors, now isn’t the time to quit. In his latest blog Southern Baptist leader Thom Rainer says the situation is critical: The vast majority of pastors with whom our team communicates are saying they are considering quitting their churches. It’s a trend I have not seen in my lifetime. Some are just weeks away from making an announcement. They are looking for work in […] 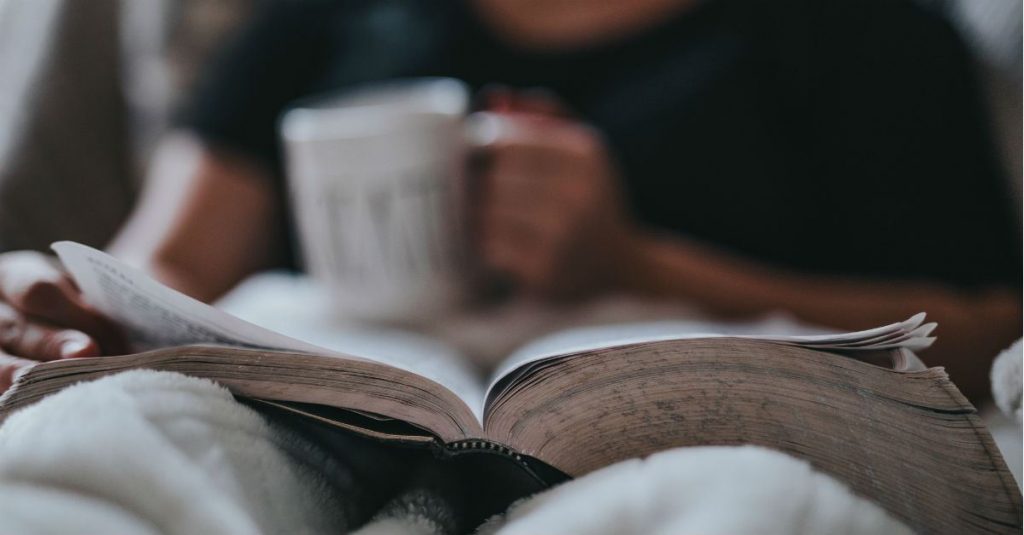 Why Have a Daily Quiet Time?

“Preacher, I need you to tell me how to have a quiet time.” The senior adult man sitting in my office had almost died a few weeks before in a terrifying accident and was now more serious than ever about spending time with the Lord. He dumped on my table the armload of material he’d brought with him. A well-worn Bible. Several monthly devotional guides. A Bible encyclopedia. A couple of spiritual books. “Show me how to use this stuff,” he said. A relationship with Jesus takes time– like other relationships Sometimes it takes a crisis to convince us of what should be obvious. Why would we think a relationship […] 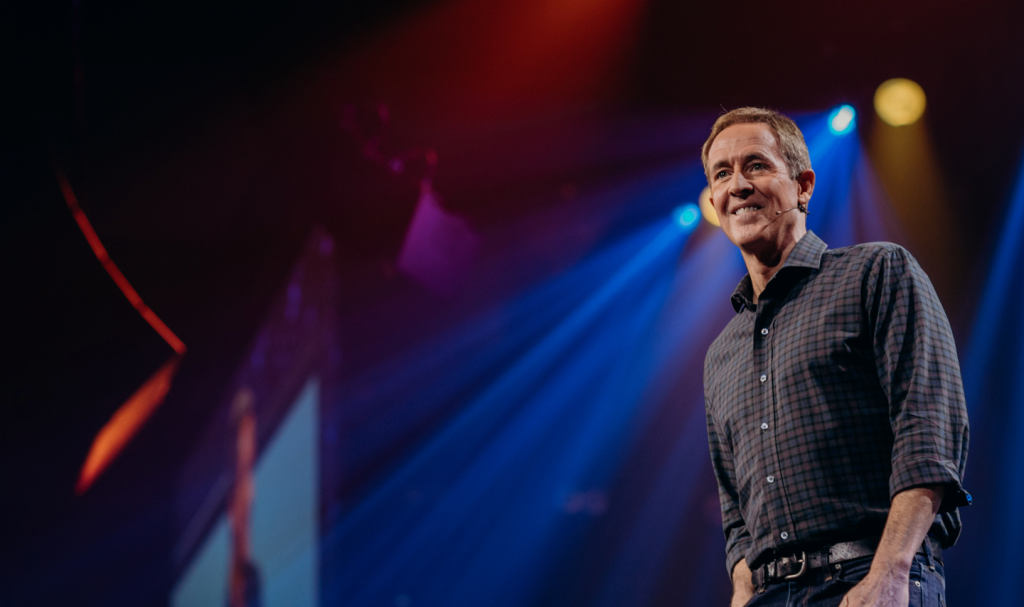 Andy Stanley Just Closed His Church until 2021—What Does that Mean for the Rest of Us?

Last week Andy Stanley—pastor of North Point Church in Atlanta, GA—announced that in light of the recent spike in COVID-19 infections his church would remain closed until January, 2021. His statement sent shock waves through American church life and affected every pastor I know. As a respected leader and bestselling author, Stanley exercises enormous influence and whenever he sets a course, others soon follow. A case in point is yesterday’s announcement by JD Greear, pastor of Summit Church in Raleigh, NC and President of the Southern Baptist Convention, that his church also plans to delay reopening until 2021. Stanley’s real impact, though, may result less from his decision itself than […] 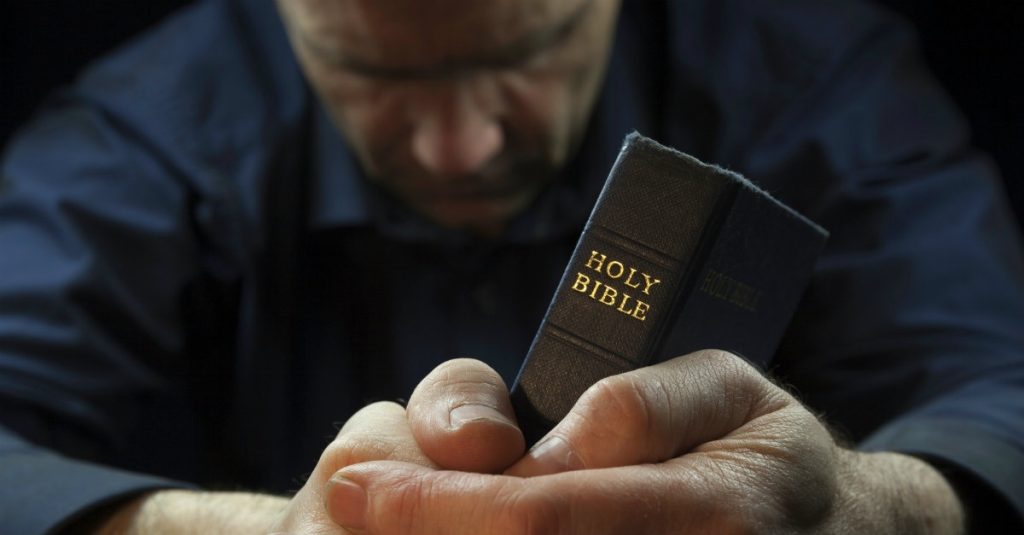 Pastors on Edge: The Challenge of Church Leadership During COVID-19

COVID-19 has disrupted America at every level, with no institution, organization or business safe from its impact. But the virus is hitting the nation’s religious landscape especially hard—and some pastors are starting to wonder if they’re up to the challenge. It’s not that pastors have it worse than other leaders right now. I can’t imagine the stresses faced by, say, the Superintendent of a local School Board, the CEO of a hospital, a small business owner, the governor of a state, or young parents dealing all at once with job, finances and educating their kids at home because school is closed. The difference is that pastors and other church leaders […]

Is the Right Time to Reopen our Churches When We’ve Learned the Lessons of Being Closed?

When can we reopen our churches? After three months of shutdown, that’s the question on every believer’s lips. As a pastor, I get it. The lack of live worship and the absence of fellowship with other believers weigh on me personally and on my church. Facebook Live and Zoom have been a blessing but they can only take you so far. Reopening churches should apply spiritual lessons before restoring material comforts But I’m beginning to wonder if our discussions of all the medical, logistical and organizational considerations of reopening should include a deeper question, one focused more on the spiritual principles at stake than the material comforts we’re so anxious […] 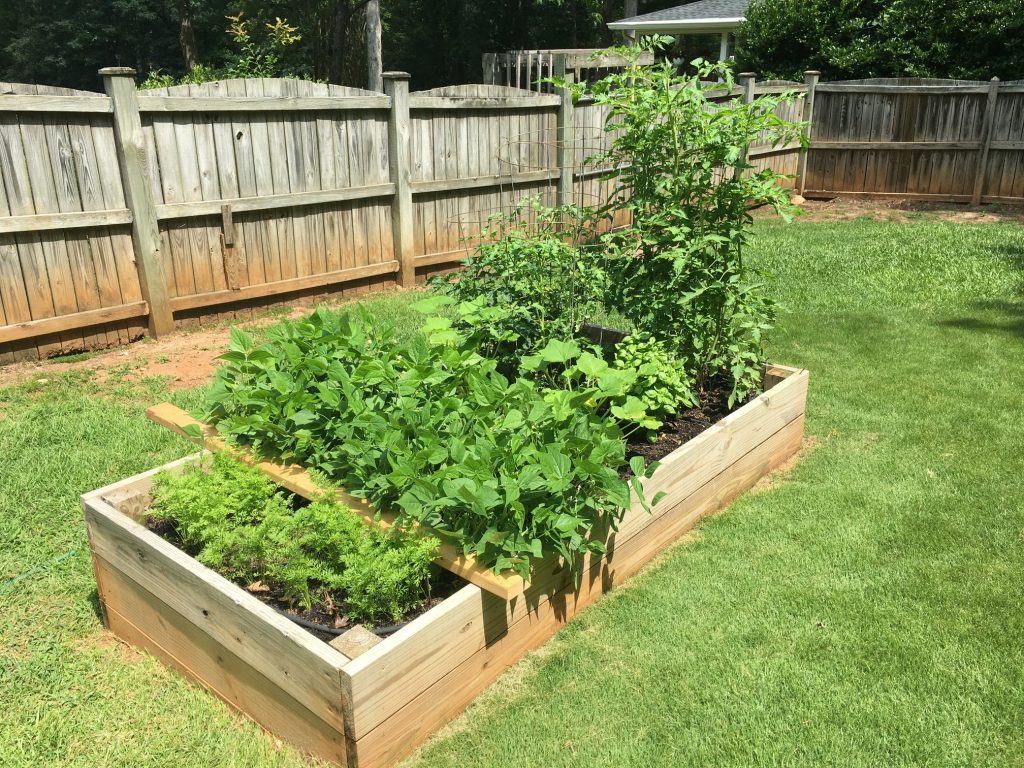 The world feels out of control right now—but finding peace may be as simple as focusing on the smaller things of life.   That’s why I built the raised garden bed in the picture at top.   The bed is eight feet long, four feet wide, three feet deep and filled with garden soil from a local nursery. Twine tied to the top rails divides the box into five sections. A few tentative carrots live in the first one. Next is green beans—they’re the unruly bushes spilling over the edges of the box.   The third section hosts two squash plants assertive enough to challenge the green beans for pride […] 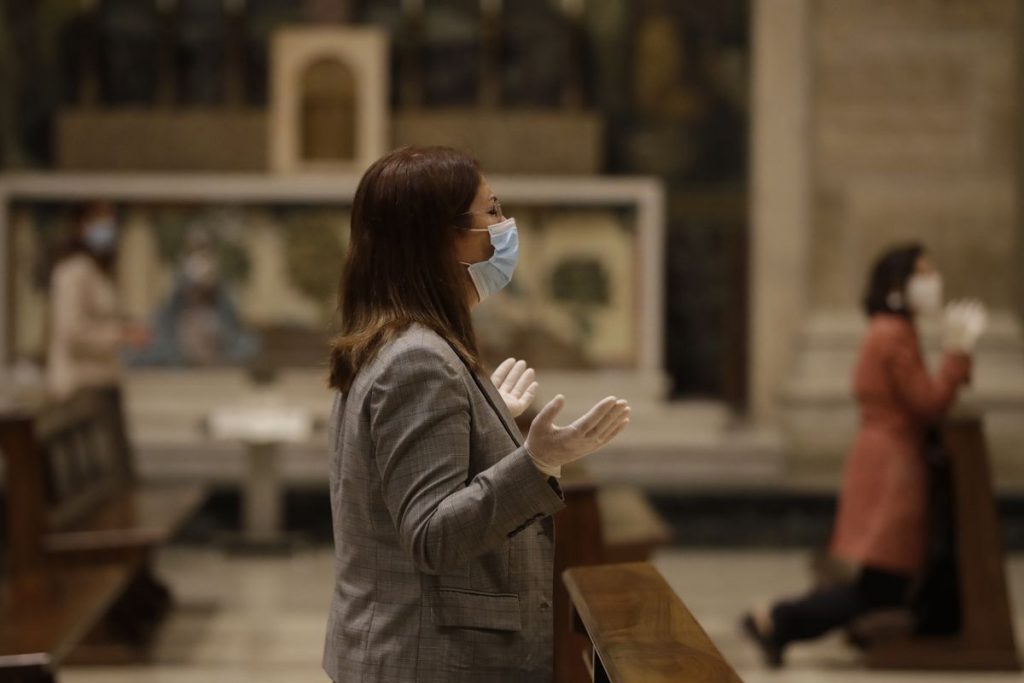 What We Should Expect When America’s Churches Reopen

America’s churches are starting to reopen. As the spread of COVID-19 shows signs of slowing and government begins to loosen restrictions for public gatherings, we’re slowly coming out of isolation and resuming normal routines. We can once again eat at our favorite restaurant. Walk in the park. Work out in the gym. Get a haircut. Best of all, we can come back to church. But what should we expect when we return? I believe there are three major expectations that every church will need to wrestle with as they reopen. The fact is that many of the churches that closed in March are significantly different today and congregational expectations that […] 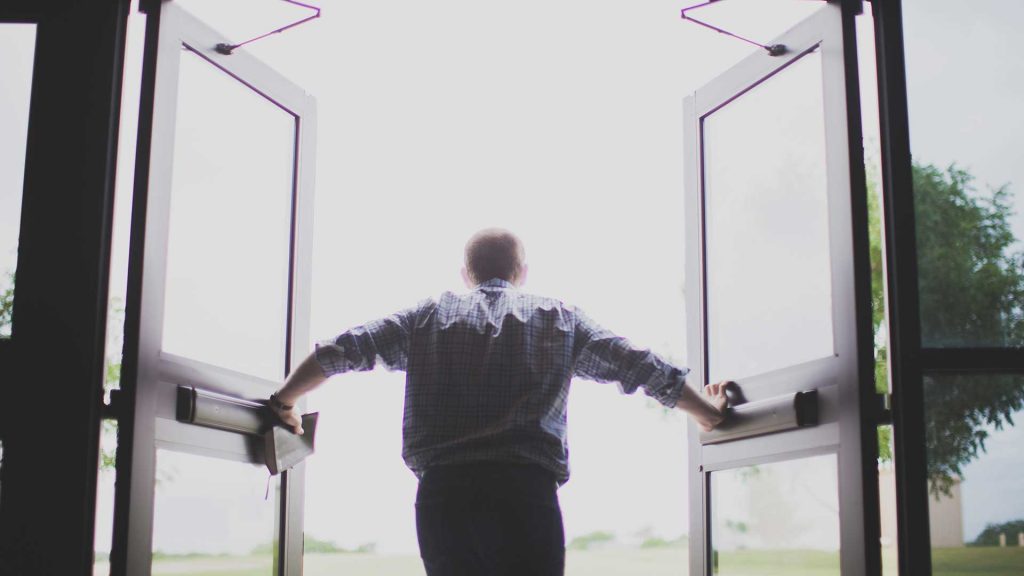 Sometime in the next few weeks American churches will start reopening following the weeks of quarantine from COVID-19. While no one knows just how the process will go, one thing seems clear: the churches we return to likely won’t be the same as the ones we knew before. The shock our nation has gone through is too drastic to believe otherwise. Medical services, job security, educational calendars, recreation and personal behavior—all the things that make up life’s landscape—shifted so quickly and drastically that it was as if an earthquake struck while we slept and the next morning we woke up to a strange new world. Churches weren’t as stable as […] 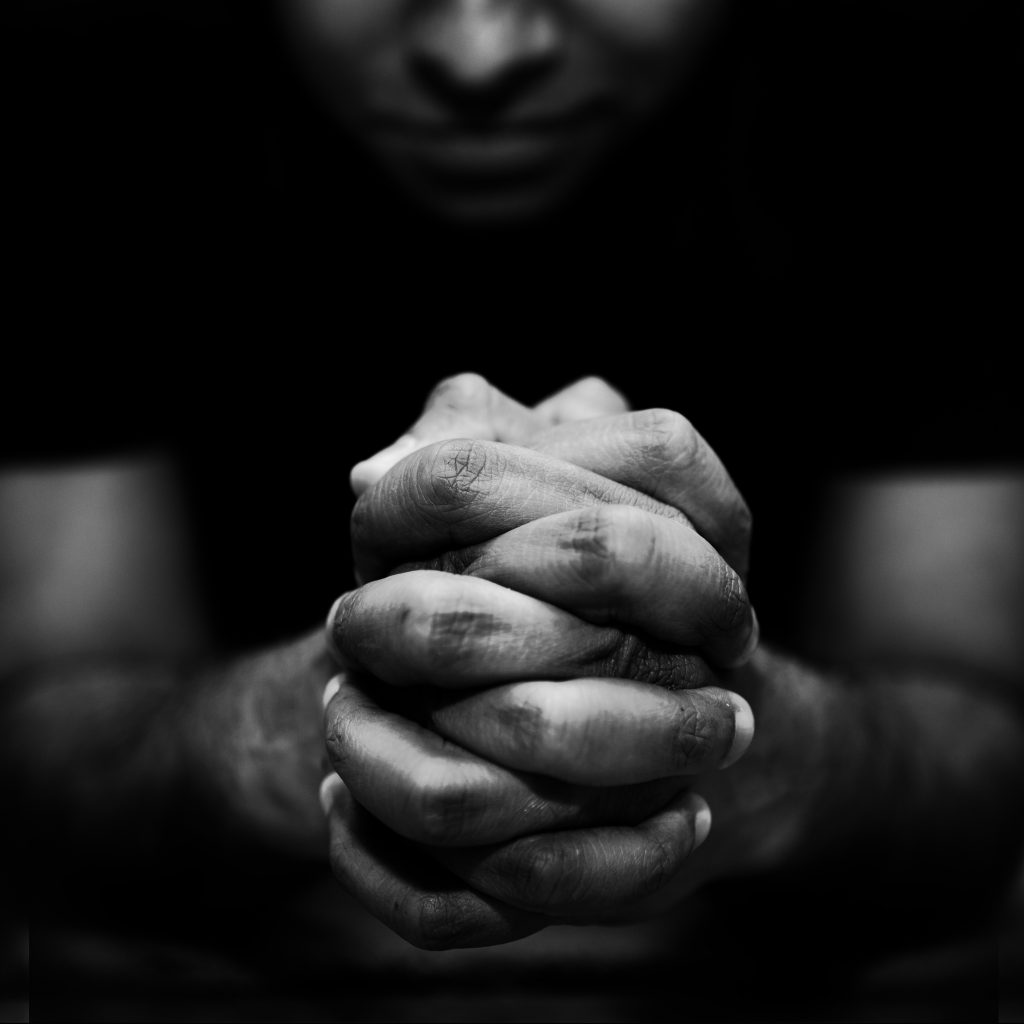 Pandemic Prayer: How to Talk to God in a Crisis

The suffering and disruption of COVID-19 has driven people to prayer as never before—but are they praying in the best way? Maybe that’s not a fair question—who are we to say which prayer is better than another? If the Bible tells us anything about God, it’s that he’s less focused on formal religious behavior than we are. For instance, in one of his best known parables about prayer, Jesus condemns a Pharisee, whose prayer reflected the highest level of Judaism, but affirms a Tax Collector, whose only prayer was the cry of a broken heart, “God, be merciful to me, a sinner!” “I tell you the truth,” Jesus says of […]