Christmas programs past and future

So last night we had a Christmas program at our church. There are probably a half dozen or so we have each year, between our children, adults and senior adults, and the week-day child care. Christmas programs are as old as the church, and every age group brings a particular viewpoint on this season. I love them all, and get a kick out of everything from watching the kids sing their songs to the earnest dialogue of the senior adults in their program. I remember hearing years ago of one of those Christmas pageants churches used to have, when children put on bathrobes and held cardboard shepherd’s crooks. In one […] 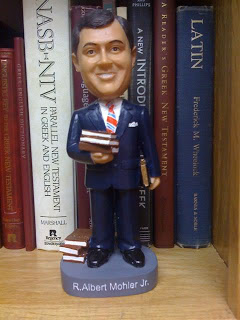 Suffering, Disability and the Will of God

We had Thanksgiving with my wife’s family, in the upper part of the state. A great time as usual, filled with relatives we don’t get to see often and lots of catching up. Also loads of food. I’m still recovering. My wife’s father suffered an accident two years ago—at the age of 74—that left him almost completely disabled. Up until the moment of the accident he was vibrant and energetic, a minister looking forward to well-deserved retirement in two short months. In a matter of seconds, though, everything changed. His neck was broken in one of those inexplicable events that leave us at a loss in trying to understand why […]

In his blog “Glory to God for All Things,” Father Stephen raises the bar of thanksgiving from a simple holiday to the higher place it holds in our relationship with God: The act of giving thanks is among the most fundamental acts of love. It lies at the very heart of worship – in which, in the words of Archimandrite Zacharias of Essex, there is an exchange. In giving thanks we make an offering which itself is always inferior to what  we have received – but which is itself an enlargement of the human heart. To live rightly  in the presence and communion of God is to live in a state […]

Men and their tribes

My son plays rugby at West Point and put me onto this video. It’s from the 2011 World Cup Rugby winners, the New Zealand All Blacks, possibly the baddest group of sportsmen in the world. The dance they do prior to each match is called the “haka” and is a traditional demonstration of courage of Maori men before battle. The movements, gestures and facial expressions are all intended to frighten the enemy. I can understand how they would. It’s pretty scary to me just watching it on Youtube in the safety of my own study. The thing of it is, while these guys are a sports team, the dance itself […]

Institutionalism may kill the Church

I’m not one of those people who are bitter with the church. I know a lot of those folks, ministers as well as lay people. The ministers like that retire angry and broken; the lay people like that drift from congregation to congregation, hoping the next church will be the one they’ve been looking for all along. I don’t feel that way at all. I love the church. I love its people, its worship, its ministries. I’m excited about the future. I agree with Bill Hybels when he says the local church really is the hope of the world. I love the church. But the institution surrounding the local church is […]

Penn State scandal: An adult steps into the room

“Joe Paterno is no longer the football coach, effectively immediately.” With a single sentence, Penn State Board of Trustees Vice-Chairman, John Surma, brought clarity, maturity and leadership to the child molestation scandal engulfing Penn State University. An adult finally stepped into the room. For the last week, the unfolding story of assistant coach Jerry Sandusky’s alleged sexual abuse of a series of young boys, actions that apparently took place for over a decade, in Penn State football facilities and with at least some knowledge by Coach Paterno, rocked the university. With a half-dozen victims whose lives were ruined, official accusations, denials, finger-pointing, mounting legal liabilities and a national spotlight exposing, […]

It’s tough to be a dad today. Fathering has never been easy, but it just seems today that men face so many pressures and temptations that their children often get pushed to second place or worse. No guy gets up in the morning and says, “I’m gonna be a rotten father today.” I mean, neglecting our kids isn’t a conscious decision we men make. We simply don’t pay attention—to  our kids, our lives, our future, or what our selfish decisions end up costing the people around us, especially the ones most dependent on our attention and guidance. And the result of our lifestyle is a generation of kids who don’t […]

Dancing bears or the River of Life?

It’s no accident that the prophet Ezekiel used the image of a river to describe the experience of worship the Lord wanted for the ancient Jewish people. In Ezekiel 47 the prophet describes how the river of worship has its origins in God’s temple then flows through history with a life-giving flow. His vision is an amazing revelation of the true nature of worship and how the local church can connect with worship in a more authentic way. Ezekiel’s vision focuses first on the altar located in Jerusalem’s temple, an unsettling sight because the temple in fact was destroyed some years before. The people to whom Ezekiel speaks were in […] 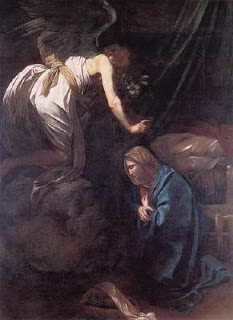 The experience of Mary, mother of Jesus shows better than any other passage in Scripture the position pastoral leaders must take between submission and subversion in order to help our churches discover their unique identity.   Luke begins his gospel with the miraculous account of how a young Jewish woman stood at the center of God’s redemptive plan for the world. She was an unlikely person for such a position. Living in a backwater of the Roman Empire, member of a powerless race, without personal means or family resources, her future predetermined by an impending marriage to a local carpenter, no more than sixteen or seventeen years old—Mary was yet […]